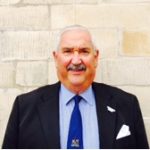 Sinclair Rogers was a Professor of Linguistics and later Her Majesty’s Inspector of Schools. He was Chairman of the Agincourt 600 Committee that planned the events to commemorate the 600th anniversary of Agincourt in 2015.

Sinclair Rogers became a Trustee of the Arms & Armour Heritage Trust in 2014.

Andrew Wallis has been Curator of The Guards Museum since 2005 after a 30 years in investment banking with Deutsche Bank. Andrew has been a Member of the Honourable Artillery Company since 1973 and currently commands the Lord Mayor’s ceremonial bodyguard, the Company of Pikemen and Musketeers.

He is a trustee of Veteran’s Aid, a tri-service military charity that helps homeless ex-servicemen and founded the Flanders Fields Memorial Garden.Mr Wallis was invested with an MBE in January 2015 and appointed as an Officer of the Belgian Order of Leopold (OL) in July 2015. He has recently been appointed Deputy Lieutenant for Bedfordshire (DL).Andrew Wallis became a Trustee of the Arms & Armour Heritage Trust in 2014. 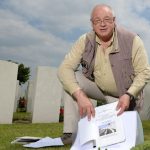 Frank Baldwin is a retired Major in the Royal Artillery (1979-1989), a Member of the British Commission for Military History, a Council Member for the Guild of Battlefield Guides, Adviser to Liberation Route Europe and past Chairman of the Battlefields Trust. He is Founder of British Battlefields (to provide a commercial service to promote inbound and domestic battlefield tourism).    Frank Baldwin became a Trustee of the Arms & Armour Heritage Trust in 2011 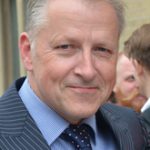 Martin Knight is now retired after a career in IT senior management (Broadband Service Systems). He has been involved in the long term study of Swords and Armour, initially Napoleonic followed by Medieval especially late 14th and 15th centuries.

Martin has given presentations to the public at the Wallace Collection (Napoleonic Sabres), to The Agincourt 600 events at the University of Southampton (Arms of 100 Years War), to the Battlefields Trust (Arms and Armour of the Cousins War). He a keen photographer of the above, of military funerary monuments, of medieval art, castles, renaissance cities etc. Tuscany, Sicily, Bavaria, Normandy etc.  Martin Knight became a Trustee of the Arms & Armour Heritage Trust in 2017.