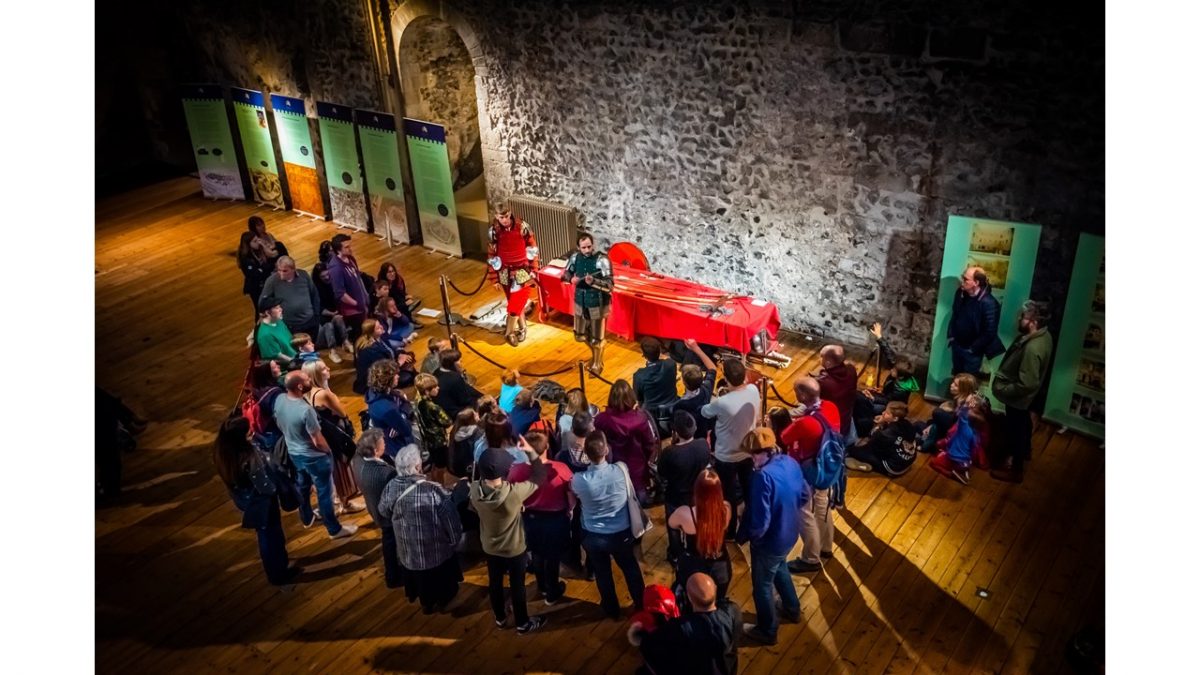 Due to the generous donation received from the AAHT, Norwich Castle has significantly supplemented its collection of replica medieval arms and armour. Previously, visitors to the castle have found the arms and armour talks to be one of the most engaging events held at Norwich Castle, with 90% of visitors rating it as excellent in 2015 and 92% in 2016. Thanks to the AAHT’s grant the Arms and Armour Talks received an incredible 98% excellent rating last year (2018).

The additional equipment that the AAHT grant allowed us to produce has filled significant gaps in the timeline of the evolution of medieval arms and armour. As a result, we have been able to depict a range of historic soldier’s equipment across different strata of feudal life throughout the middle ages. Visitors of all ages, interests, backgrounds and genders have been able to understand the variety of equipment that was used and develop a greater emotional connection to the past. Importantly, we have also used examples of skeletal remains to ground the talk with the reality of medieval warfare, revealing the true, terrifying effects of the weaponry to highlight why evolving designs of armour were essential to surviving the medieval battlefield.

The Arms and Armour Talks have been enjoyed by thousands of visitors since the collection was improved and have featured throughout the summer holidays and at all the major public events held at Norwich Castle such as Heritage Open Day, Museums at Night, and televised on Children in Need!

We have received heartfelt feedback from visitors who have really begun to appreciate the skill, science and engineering that can go into making arms and armour – or the hurried conversion of farming tools to makeshift weapons. Visitors can now appreciate the sense of panic that peasants would feel as trained and armoured knights charge towards them, or the feeling of invulnerability that a full harness of armour could provide. We have received wonderful stories from children who have been inspired by the collection and adults who have taken their new-found interest to the next level by taking up blacksmithing.

The benefits of the improved Arms and Armour collection have been felt beyond the public Arms and Armour talks. Summer schools, scout groups, home educators, and youth groups have all requested arms and armour sessions as part of their visit to Norwich Castle. The daily tours of the castle now use the hand-crafted 140lb draw weight longbow to engage with visitors, dispel myths, and help them to appreciate the incredible strength that would have been required to use this iconic weapon. School groups have been requesting additional sessions on medieval arms and armour to begin their topic on medieval history. Our upcoming outreach program, ‘A Knight Out’, will be taking the show on the road to thousands of people at events across the country next year. The improved arms and armour collection now features proudly in the visitor experience of Norwich Castle.

The grant received from AAHT has allowed all of this to happen, fascinating people with the history of arms and armour, which we shall continue to do for years to come.